Freedom of expression protects us all

My opinion piece on the Defamation Bill was published in the Sunday Independent on Sunday 16 March.

“The quality of public discourse should be a concern for all of us, especially for politicians. When we debate our defamation laws, as we did last week in Seanad Eireann, we have a responsibility that extends beyond self-interest and special pleading — whether by politicians or others offended by harsh criticism in the media, or by newspaper proprietors concerned with maximising sales and profits.”

Alex on The Late Debate 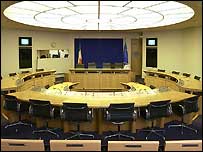 I was part of the panel last night for Radio 1’s The Late Debate, where there was discussion on the work of the Oireachtas. You can listen to the debate by clicking here.

‘A Real and Practical Measure to protect Agency Workers’

Last night, the Seanad had a lively debate on the Protection of Employees (Agency Workers) (No. 2) Bill. This particular Bill was introduced by the Labour Party and was taken in our own time slot. After hearing the speech by the Minister of State, Michael Ahern TD – which you can view by clicking here – I spoke in support of the Bill, its merits and what it would mean for those Agency Workers. Here is some of what I said:

“Despite the talk of people being in favour of the spirit of the Bill, of everybody singing from the same hymn sheet and of the Bill being premature and not thought through, the Labour Party, with the support of others, is proposing a real and practical measure to protect agency workers which is being opposed by the Government.

It is being rejected by the Government which will vote against it.  I suggest we cut through the waffle and all the nonsense about everyone singing from the same hymn sheet.  When someone presents a practical proposal which has been well thought through and is clear in describing the impact of the measure, the Government informs them this proposal will be rejected and that it might do something in the future and it will discuss it with the social partners.

“I refer to the contribution by the Minister of State, Deputy Michael Ahern, which lists at least five or six reasons. He referred to the reason the Irish Government did not support the EU directive on temporary agency work.  He spoke a nonsense about the fact there are different industrial regimes across Europe, something we all know is the case.  Everyone knows there is a long history of collective agreements at national level in Germany and other European countries.  This is not a new discovery.  There is employment legislation going back 30 years which applies in equal measure across the European Union in circumstances where different employment law and industrial relations regimes are in existence in those countries, such as the fixed-term work legislation and the equality directives.  Much legislation and many directives that have been introduced and implemented in different member states are implemented in countries that have different regimes and different industrial relations regimes.  The Minister of State’s argument is a nonsense and an excuse.

END_OF_DOCUMENT_TOKEN_TO_BE_REPLACED

While at the Order of Business yesterday, I made some points regarding teaching resources available for newcomer students in this country, after hearing about the latest report from the ASTI.

“We have had debates on integration and the Minister of State came to the House for an interesting preliminary debate on integration. However, it is time we moved away from speeches, from essentially theorising about what integration is and from discussing the experiences of other countries and so on, and considered practical measures which could be taken by the Government to ensure a higher degree of integration in respect of students and young people, particularly in our education system.

A timely statement was made by the Association of Secondary Teachers in Ireland. It pointed out that at the very heart of any integration policy must be language support in schools. It correctly criticised the Department for failing to properly resource the teaching of English to young students in schools to help counter racism which, of course, is a much more complex question. However, nothing is more important than language and the teaching of language. It pointed out that newcomer students get two hours of English lessons per week. Notwithstanding that they get two hours of English lessons per week, they must spend the rest of the day struggling to understand what teachers are saying in science class and elsewhere. This statement came from teachers involved in schools and who know what they are talking about.It is entirely inadequate that the teachers who provide these lessons get only one day’s training. We do not have adequate provision of English language teaching in our schools. Far more work needs to be done in that regard and we need more resources. Let us have another debate on integration but not at a theoretical level discussing the experiences of other countries, interesting and all as that is. It should focus on how we can practically support the teaching of English to newcomer students in our schools. “