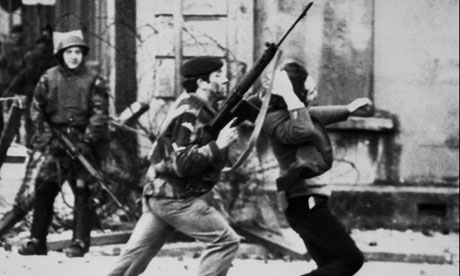 The Seanad sat today for the first time since the news that the Taoiseach is to step down from office on May 6. It was a lively Order of Business full of comment on the Mr. Ahern’s decision with the general consensus being that the statement ‘a week is a long time in politics’ has never been more appropriate. In my contribution, I stated that the Taoiseach’s comments on the Mahon Tribunal had spoiled what was otherwise a dignified exit. Below is the full transcript of my contribution:

Senator Alex White: As Senator Fitzgerald stated, it has been a busy time since we were last here. Last week in particular was very eventful. When I entered the Chamber today, I was prompted to look across, with mounting concern, to ensure the Leader was still sitting in the place with which we associate him. I am glad he is still there today.

Senator Donie Cassidy: I am glad to see the Senator here also.

An Cathaoirleach: The Senator should speak on the Order of Business, please.

Senator Alex White: I noted the remarkable sense of relief that appeared on the Deputy Leader’s face after the events of last week. No doubt the developments came as a great relief to him and his party, or so we are led to believe.

Senator O’Toole and others have made the point that it is a pity that the Taoiseach has not had the opportunity to speak in the Chamber during the term of this Seanad. Senator O’Toole’s suggestion might be a way of addressing this.

The very significant achievements of the Taoiseach, Deputy Bertie Ahern, must be acknowledged without question, particularly in the context of the historic events in Northern Ireland. When the history of these events is written – some of it has been – many players will be regarded as having made a significant contribution. It can probably be said that few, if any, made a more significant contribution to promoting peace and ensuring a resolution to the Troubles than the Taoiseach. I have no difficulty whatsoever acknowledging that.

We should also acknowledge that, in general, the Taoiseach has been an extremely successful politician. Somebody said to me that one of his characteristics is what is called the “likeability factor”. I agree with this but the Taoiseach has needed the likeability factor, particularly in the past year or two. I wonder whether he would have survived as long as he did had he not had it. It is a pity that the departure from public life and politics of somebody who achieved so much is tainted. There is no question about this.

I will seek a debate on an issue related to the Taoiseach’s departure which Senator MacSharry raised before the break. It was a pity that the Taoiseach spoiled the dignity of the occasion last week – he was backed up in doing so – by again refusing to pass up the opportunity to have a go at the tribunals.

An Cathaoirleach: I do not want any discussion on tribunals.

Senator Alex White: I do not know why he felt he had to launch what I can only describe as an unwarranted and despicable attack on people doing a professional job in a tribunal set up by the Oireachtas—–

Senator Alex White: —–in circumstances in which we need to purge all the anger felt, as expressed by Senator MacSharry on the last occasion on which he raised this matter. Perhaps we still need to purge this anger because, although the Taoiseach is going, the tribunals are not. We cannot have it both ways. We cannot have a parade of people asking that matters be left to the tribunal while the Taoiseach and a queue of Ministers never miss the opportunity to attack it, particularly on an occasion such as that last week.

Senator Geraldine Feeney: The Senator has very little else to say—–

Senator Alex White: Either one approach or the other should be adopted. Either the tribunals are to be maintained and supported by this House, which set them up through the motion proposed by Senator Cassidy ten years ago, or they are not. Remarks such as “low-life stuff” are not worthy of a Taoiseach, be it a departing Taoiseach or a sitting one.

An Cathaoirleach: I am allowing a certain amount of latitude but we cannot discuss the tribunals.

Senator Alex White: In such circumstances, I ask that we have the debate Senator MacSharry called for before Easter. I hope he has not withdrawn his call therefor. Perhaps we can have the debate in calmer circumstances given that Deputy Bertie Ahern is to some extent out of the equation, at least as Taoiseach. Let us determine how much the Members opposite really support a tribunal investigating the matters that occurred so recently in our public life.