I warmly welcome the announcement by the Minister for Education and Skills, Jan O’Sullivan T.D., that seven schools in Dublin South will undertake school improvements this summer.

END_OF_DOCUMENT_TOKEN_TO_BE_REPLACED

I was delighted to today officially open the new Holy Trinity National School building.  This is a great day for the Leopardstown area and I would like to congratulate the Board of Management, staff, pupils and especially the parents, past and present, on all of their hard work in securing the funding and managing the development of the new school building.

END_OF_DOCUMENT_TOKEN_TO_BE_REPLACED

Last Saturday saw the official opening of our new office in 1 Bird Avenue, in the heart of the Dublin South constituency. It was a glorious sunny day and plenty of visitors popped in for a cup of coffee and to meet with Party Leader Eamon Gilmore, Deputy Ruairi Quinn and our local election candidates in the forthcoming local elections.

Deputy Gilmore emphasised the importance of not only the local elections, but the by-election which is planned for the same day – June 5. With the current economic situation, he said, this may well be one of the most important byelections in recent times.

He also told the audience that if the weather stayed as beautiful as it was, then it would be ideal for a spot of canvassing!

The new office will be open for constituency queries every Friday afternoon between 2pm and 4pm and by appointment.

‘Visionary’ economic plans are simply a list of cuts

Yesterday evening, the Seanad had an opportunity to discuss the current economic situation we now find ourselves in. We briefly discussed the subject last week and were told that a ‘visionary’ plan would be instigated this week. What Mr Cowen and Mr Lenihan brought forward this week was a list of cuts that were hiding under the term ‘savings’.

Where is the vision we were promised?

For weeks now, we have been told that the economic woes which we are now experiencing have been internationally generated. How can a government claim credit for a good economy but blame the international situation for a downturn? In development after development, whether large or small or in urban or rural areas, it massively over-incentivised the construction sector and failed to direct prudent investment into areas which would have yielded long-term results for the economy.

Above, you will find a video of my contribution to the debate.

More :: You can read the full debate by clicking here
More :: ESRI report shows that this year’s recession is homegrown (The Irish Times) 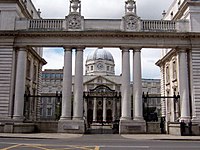 From today’s Order of Business:

In order to have any relevance at all, this House needs to debate the ESRI’s recently published quarterly economic commentary. We are talking about the first recession in this country for 25 years. We are not talking about speculation but about a clear forecast of an increase in unemployment and emigration. Two significant aspects of the current situation emerge from the ESRI report. First, the current recession is almost entirely home-grown. That is the factual position as outlined by the authors of the ESRI report. The alibi, explanation or excuse that is sometimes given in this House – that it concerns external, overseas factors – is not true. Therefore we must leave that aside because it has been proven to be incorrect.

We are talking about factual material which we need to understand before we can have the debate. The factual material, which is not speculative, points without question to the reality that this is a home-grown recession caused by developments over which this country, and the Government in particular, have substantial power to change. Members on the Government side may not like it but we need to face the facts first and then have the debate.

Second, the ESRI report’s commentary makes demonstrably clear that we blew the boom.

We had an opportunity to do otherwise. We had years of self-satisfied, smug commentary from the Government, including the then Taoiseach, about cranes in the sky, saying that everything was going to be great. We missed the opportunity, however. I want a debate on this report.

We blew it in this sense that we passed up the opportunity we had in this country to set down the basis for dealing with a downturn when it came. We did not do that. We simply decided not to do it. We did not fix the roof of the house when the weather was good and now we must face the bad times. Clearly we need an opportunity to debate it in this House.

If I can reflect back on what is sometimes regarded as the Taoiseach’s Angola moment when he was upset about having to deal with the Department of Health and Children, it would appear now that the Minister for Finance, Deputy Brian Lenihan, is having an Angola moment about having to deal with the challenges in the Department of Finance. They need to get together quite lively to put together a clear proposal on how we will proceed in the matter. They first need to face up to the fact that it would be unthinkable for them to go ahead and take pay increases in the face of a situation where they demand that people face pay cuts. Clearly, we need a debate on the matter.

Canvassing for a Yes vote in Dundrum 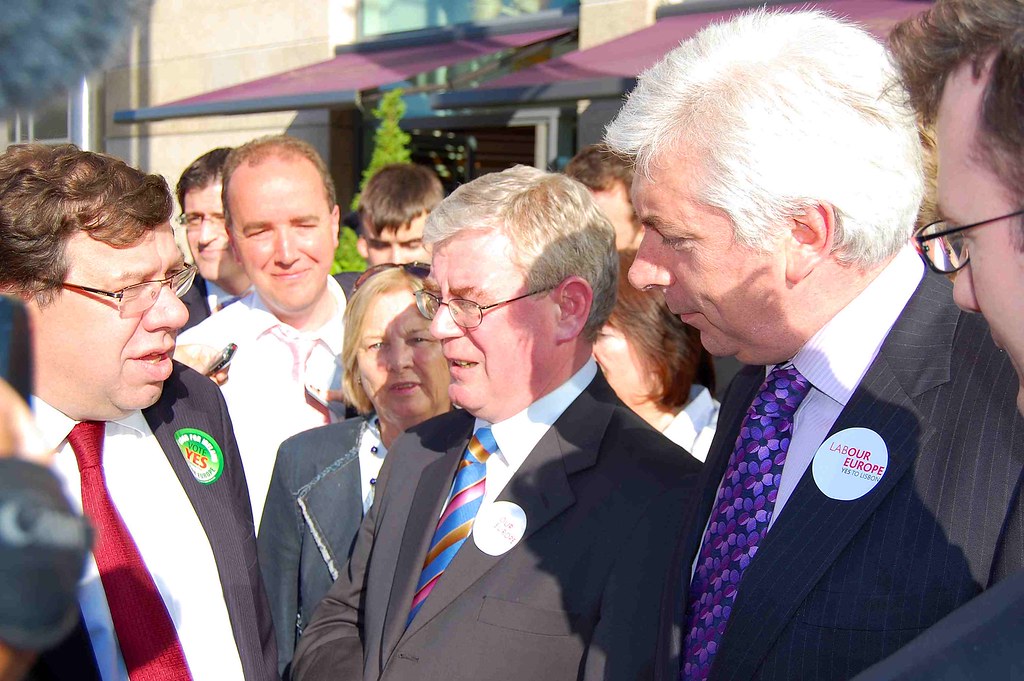 Last evening, I joined the Labour leader Eamon Gilmore, the Taoiseach Brian Cowen and Olivia Mitchell of Fine Gael in a visit to Dundrum Town Centre to advocate a Yes vote in the upcoming referendum on the Lisbon Treaty.

There is no doubt that while the Labour party has been very vocal in the past number of months regarding the referendum, a joint canvass by ourselves, Fianna Fáil and Fine Gael can only serve to show the Irish public how strongly we all believe in a Yes vote.

As we enter the final straight in terms of the campaign, it’s time to focus on getting people out to vote. It’s not too late to get up-to-date with what the Treaty is all about. There is still time to make an informed decision – and not to get caught up in many of the myths being pushed regarding the Treaty.

More :: You can view more photos from the Dundrum canvass by clicking here
More :: Watch the RTE report from Dundrum
More :: For more information on the Lisbon Treaty and to download a copy of the full text, visit the Labour Lisbon Treaty website. Alternatively visit the Referendum Commission website.