Senator encourages the undecided to attend meeting on Lisbon Treaty 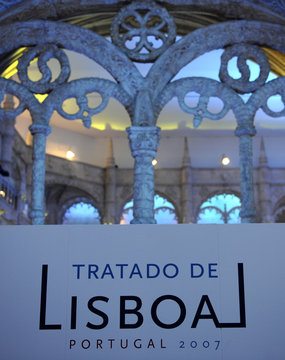 Senator Alex White will continue his series of public information meetings on the Lisbon Treaty this week.

After a successful start in Dundrum last week, Senator White invites the public to join him in Loreto Community Centre, Nutgrove on Monday May 12th and Kiely’s, Mount Merrion on Thursday May 15th.

Confirmed guests for the meetings include Blair Horan of the CPSU and Holly Kilroy of Labour Youth, with more to be announced.

“I encourage anyone who wishes to learn more about the upcoming referendum to join us this week,” Senator White said. “So far there has been a lot of talk from both sides of the debate. What my colleagues and I hope to do is to dispel a lot of the myths surrounding this Treaty and explain it in plain English.”

“The referendum is an opportunity for those of us who want to promote a social Europe, to fight for that at the heart of Europe and the only way we can fight at that heart is by voting in favour of the Lisbon Treaty,” he said.

Senator White also said that he was encouraged by the attendance and quality of debate at the previous meeting.

“Our meeting in Dundrum was very successful. The audience was a good mix of people who were curious about the Treaty, those concerned about its consequences and those who sought more detail on its contents.

“I believe that it satisfied the needs of all those people.”

Information Seminars on the Lisbon Treaty, organised by Senator Alex White will take place on Monday 12th May in Loreto Community Centre, Nutgrove and on Thursday 15th May in Kiely’s, Mount Merrion. Both meetings begin at 8 pm and all are welcome.

« High Court judgment unlikely to have significant impact on work of tribunal
Quips make it to print! »