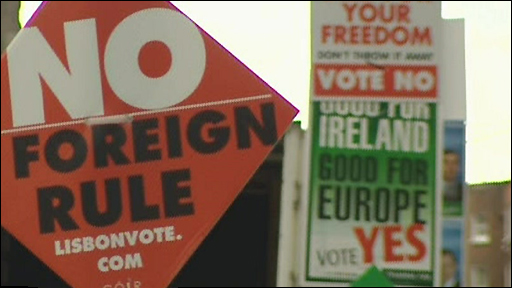 The Report of the Sub-Committee on Ireland’s Future in European Union provides and interesting and timely opportunity for us to revisit the issues we have previously discussed in the House. Like others, I do not want to repeat all the arguments in which we have engaged on the various occasions we have discussed the Lisbon treaty.

I welcome the report and congratulate Senator Pascal Donohoe on this extremely detailed and readable document. It begins by placing this debate and the moment we are at in true terms. We cannot shirk from those terms, as they point to a choice that must be made by the Irish that is of enormous importance. It cannot be shirked by people on either side of the argument. Those of us who supported the “Yes” vote did not do so on the basis that we would not have liked to change some elements of the treaty. Anybody engaged in a political activity knows that an international treaty involving 27 governments will require compromise and elements that are not liked.

Those of us who argued for a “Yes” vote now have a choice as to how and in what circumstances we might revisit the question. It is a difficult choice because we know and respect the decision of the Irish people, which is the right action. Is it being suggested that we let the issue go? Those on the “No” side also have a choice to make, as I have repeatedly heard people almost pleading that they are as European as the next person. They believe in a strong Europe with Ireland at its heart but they do not like the treaty.

It is incumbent on all of us, including those who argued and voted against the treaty, to come forward not just with repetition and a rehashing of those aspects of the treaty they do not like but to help us point the way. The people should advocate how we can ensure that we are at the heart of Europe in future, particularly through a method other than what I term ‘Lisbon Plus’. There should be some genuine accommodation of the obvious concerns that many Irish people have and had with the Lisbon treaty.

There are 26 other countries that propose to proceed on the substantial basis of what is in the Lisbon treaty. When this point was made before the referendum, it was referred to practically all the time as bullying. It is now a simple fact. There is a choice to be made. If the other 26 countries take the view that they are not prepared to slow progress to the pace Ireland might advocate following our decision in June, what can we say? We should be absolutely blunt. This is a choice between some form of real accommodation post-Lisbon treaty or, at a minimum, a semi-detached status for Ireland in the European Union. If I am wrong and there is a third realistic option, I would like to hear what it is. I do not just mean a theoretical option that someone might advocate. The debate has been put in true terms by the sub-committee. It is no exaggeration for it to say, as it does in its report in paragraph 4 on page 3:

Ireland’s standing and influence in the European Union have diminished following the people’s decision not to ratify the Lisbon Treaty. In immediate terms, this inhibits Ireland’s ability to promote and defend its national interests at a European level. This is likely to affect Ireland’s ability to influence key upcoming policy discussions within the Union. These include, but are not limited to, the development of the EU’s climate change package [by which we mean the future of the planet and our ability to influence it through being involved in discussions]; the negotiations on the future shape of the EU budget beyond 2013 including provision of adequate resources for the Common Agricultural Policy; and responses to the global financial crisis.

That latter point refers to the current extraordinarily serious global financial crisis. Our ability to participate not just in discussions but also in finding a way forward will unquestionably and self-evidently be affected if we go down the road advocated by some, which seems to be an almost unavoidable march towards isolation and exclusion from the possibility of being involved in decisions that will affect us. They will affect the planet on which we live and the environment we bequeath to our children and grandchildren. It is no exaggeration to put these matters in such grand terms because that is what the debate is about. It is a pity it was not conducted at that level during the referendum campaign and that it did not envisage these grand issues, including the future of the planet, because that is precisely what we are dealing with.

Without referring to the dissent of “No” campaigners directly, much of what Senator David Norris said in response to the Report and a lot of what I have read about some of the objections to what is contained in the Lisbon treaty has more to do with a fear about what might or could happen in the future than with is actually contained in the treaty. Senator Norris gave the game away slightly when he said we were told something back in 1992 and it turned out to be something different. That is a legacy of a lack of self-confidence in our political culture. We have this notion that we want to halt them at the gates and hold them back because the best way to stop things from ever occurring is to ensure we have blocking constitutional mechanisms, whether they concern abortion or neutrality. None of these is affected in any way by the Lisbon treaty. People are talking about the possibility or worry that abortion might be introduced or that our neutrality might be affected, but these matters are not addressed in any way in the treaty. Without wishing to demean or insult the views of those who promote them, it seems to be almost like a Halloween syndrome. It is as if there are ghosts and bogeymen all around who are going to come and get us.

I genuinely believe that because in a sense people are predicating their political response on a fear which in most cases is not well founded. While I do not believe the question can be put to the people again in the same format, the question of our relationship with the European Union must be revisited. If it is bullying, I am sorry, but whether people like it our relationship with the Union will be mediated through the Lisbon treaty in some form and an accommodation will have to be reached.

The Minister for European Affairs, Dick Roche has listed the items with which the Taoiseach and the Government were preoccupied and said it was seeking legally robust guarantees on sovereignty, taxation, social and ethical issues, defence and a Commissioner per member state. He did not mention workers’ rights. The issue was high on the list of concerns expressed. Many Labour Party supporters and others have genuine concerns on this issue which will have to be addressed in an equally robust fashion as the other issues on the list. If he does not have it on the list, it will not be possible to revisit the Lisbon treaty in the manner suggested.

More :: Read the full report from the Sub-Committee on Ireland’s Future in the European Union

« Alex on the Economy
Alex receives a lesson in Science! »